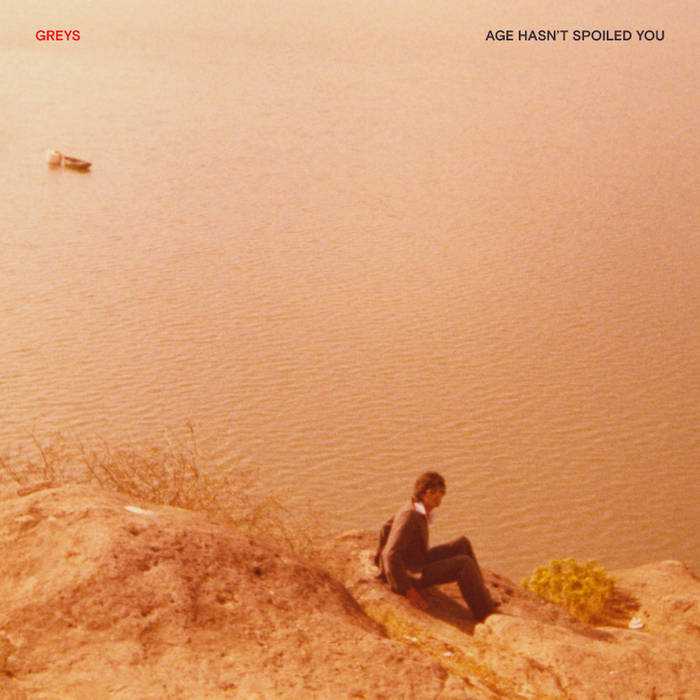 A band’s third album usually tells you whether they’re in it for the long haul or a flash in the pan. On "Age Hasn’t Spoiled You", Greys prove that they are undoubtedly the former. The Toronto post-punks eschew their trademark frenzy for a more cerebral and cinematic affair. This widescreen approach loses none of the impact of their early material, instead employing space and dynamics to propel the listener toward even greater payoffs when they decide to switch back into high gear.

When we last left them, days before the 2016 US election, Greys had just finished a year of touring with the likes of Bully, White Lung, Japandroids, Preoccupations and more after releasing their sophomore record, "Outer Heaven," and its companion piece, "Warm Shadow." The following year saw the quartet taking some much needed downtime with members pursuing solo projects and moonlighting in other bands. As their city surrendered to gentrification and the world abroad descended further into chaos, the four men spent most of 2018 in the studio channeling these feelings of displacement and alienation into songs that reflect the state of panic and confusion prevalent in our news feeds. “We wanted to push as far away from what our perception of a ‘rock band’ could be while still retaining certain characteristics that sound like Greys,” says frontman Shehzaad Jiwani.

What results is a richly textured experience that draws influence from krautrock, industrial, hip hop, dub, jazz, ambient, drone and more, sometimes within the same song. That their blend of disparate sounds never obscures the album’s sharp focus is a testament to the group’s mastery of both songwriting and production. This is evident on lead single "These Things Happen," which jumps from big beat psychedelia to CSNY harmonies and back again while Jiwani considers privilege, apathy, drug use, and content fatigue in one verse. Elsewhere, on “Kill Appeal,” electronic drums pound and pummel before caving into a free jazz freakout, only to return for the song’s climax with a lyrical allusion to the writings of James Baldwin. The stylistic sprawl recalls classic third albums like "Check Your Head," "To Bring You My Love" or "Fear Of Music" - records where artists reinvented themselves as something far beyond what was previously thought possible for them. With "Age Hasn’t Spoiled You," Greys strive to exist in a similar echelon of bands that seek to shatter the boundaries that contain them.

Bandcamp Daily  your guide to the world of Bandcamp

Cannibal Corpse's George "Corpsegrinder" Fisher stops by for an interview